Killscreen Cinema is joined by musicians Rachel Munroe and J. Mitchell, members of the band Nellie Pearl, to talk about the Happy Madison film, Grandma’s Boy.  When a shiftless game tester named Alex is forced to move in with his grandmother, he must figure out how to integrate his pot smoking lifestyle with his grandmother’s domestic life.  Meanwhile, Alex is also trying to develop his own video game in order to dig himself out of his rut. 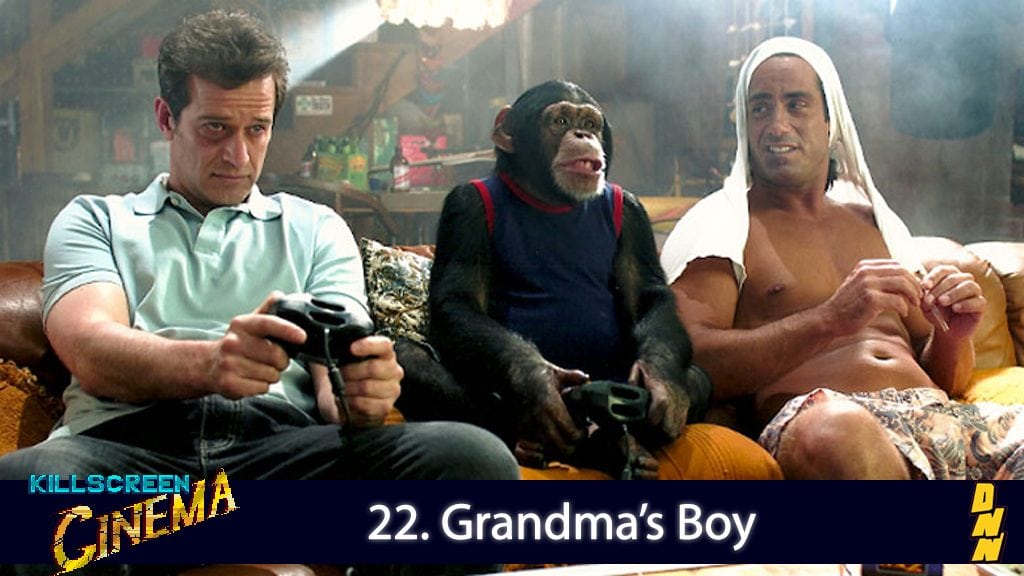