If there’s anything worse than a vampire movie that sucks, it’s an Uwe Boll vampire movie that sucks! The Killscreen crew are joined by actress Madeleine Dee, creator and star of web series The Seasoned Cynics Guide to Entertaining, to talk about BloodRayne, a movie that is anything but entertaining. A human-vampire hybrid named Rayne escapes from the circus to take down her evil vampire father Kagan! However, it will not be an easy task as Kagan uses his considerable resources to collect powerful relics that could make him invincible. 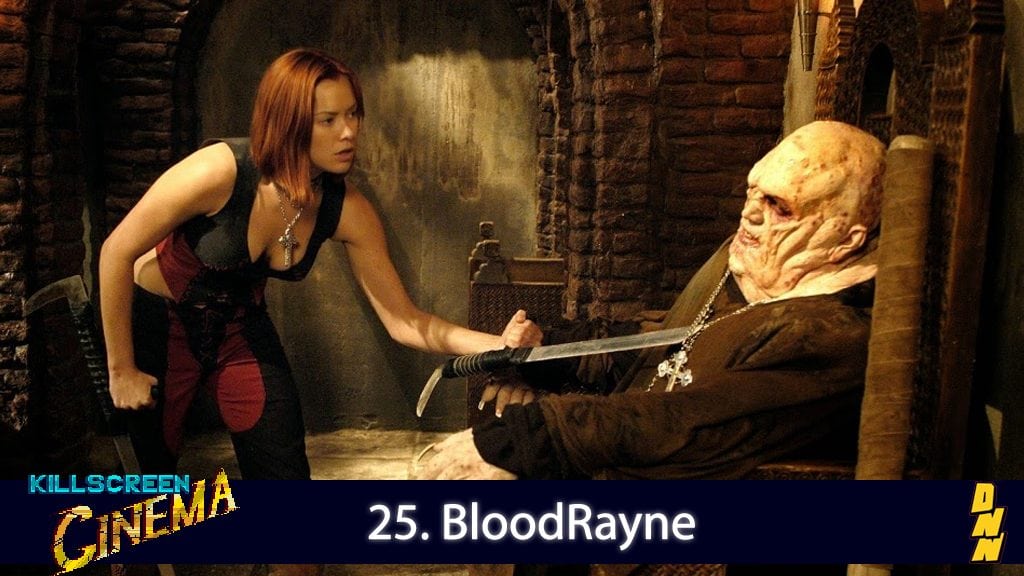