Craig is joined by Killscreen all-stars Jacob Reber and Matt Gaither to talk about the Ninja Gaiden anime.  In the film, Ryu Hayabusa tries to hang up the ninja tights so he can run a “Japanese Shop” in New York City with his main squeeze Irene.  However, after he is attacked by demons, Ryu is forced to wield the Dragon Sword once again!  He tracks the demons to a pharmaceutical company that has claimed to have cured cancer.  It turns out their real breakthrough is creating homemade demons.

If you’re new to the podcast, check us out on iTunes and SoundCloud! 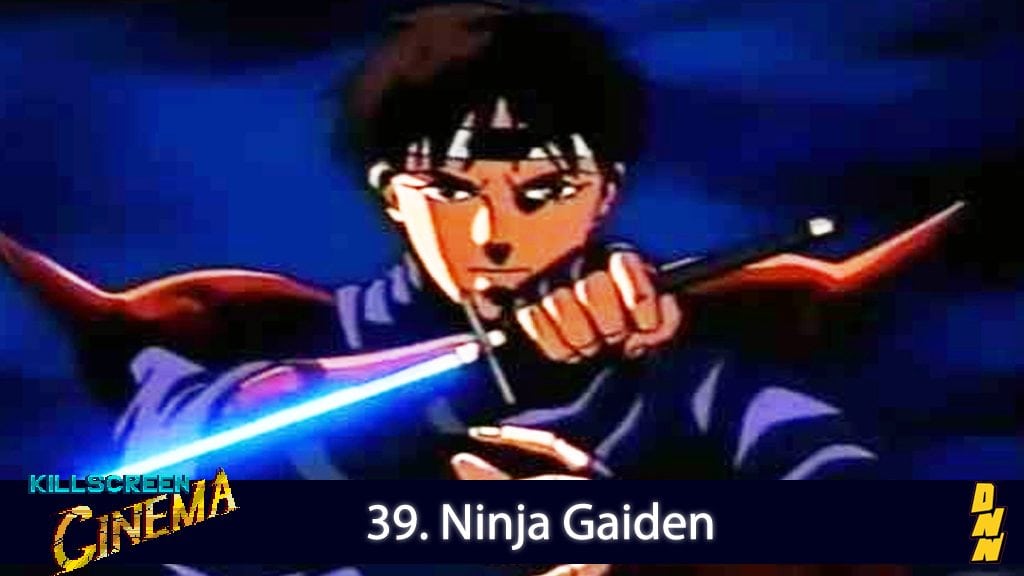