Killscreen Cinema must be celebrating April Fool’s Day early this year, because in this bizarro world edition of the podcast entitled “Tabletop Cinema”, we review movies based on tabletop games! Furthermore in this episode we talk about the 1985 comedy Clue, where a mysterious host named Mr. Boddy invites guests for dinner and informs them that he has been blackmailing them all.  Naturally, when Boddy turns up murdered, all are suspects, and together they try to figure out who is the killer.  We are joined this episode by professional cosplayer Amanda Haas, aka Jedimanda! 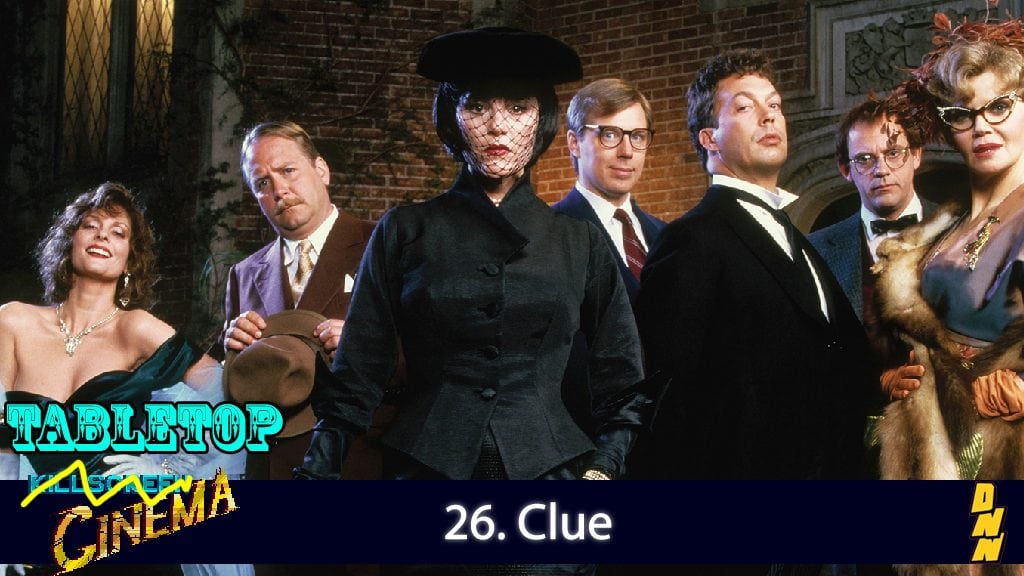